Stay wallpaper is a waste of money? As it happens that it is normally a big loss!

There are many kinds of wallpapers, but there are several kinds of colors that are particularly popular and can be seen everywhere. Do you know why?1, roll grassThe grass pattern can also be called “phoenix tail”, “rolling leaf pattern”, the appearance of this pattern can be traced back to the Han Dynasty.
In the Tang Dynasty, the grass pattern was widely popular. Most of them used the varied lines of the scrolls. The patterns displayed were gorgeous and gorgeous. The leaves 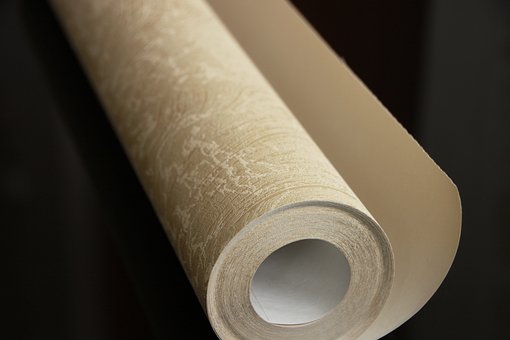 were curly and flexible. Throughout the whole, the structure was soothing and smooth, and the flowers were gorgeous and full, reflecting Tang. Beautiful and beautiful craftsmanship style. After the Tang Dynasty, the Tang grass pattern continued to inherit. In addition to honeysuckle and peony, the material added pomegranate, lotus, chrysanthemum, orchid and so on.

Because of its enthusiasm for the clouds, it has acquired the genius of Buddha and has become the most common and characteristic pattern in Chinese Buddhist decoration. It symbolizes auspiciousness and prosperity.2, leaf patternThe eucalyptus leaves have zigzag leaves and are very elegant. They are a symbol of regeneration and resurrection. They are widely used by ancient Greek artists and artisans in decorative arts.

The sinuous pattern forms a living organic pattern with agile lines, full of rhythm and rhythm, reminiscent of flowers, green leaves, sunshine, waves and other beautiful and pleasant things.3, Damascus Modern Style Wallpaper patternWhen it comes to European style, it is naturally associated with Damascus flowers. The name of Damascus flowers comes from the current Syrian capital Damascus.The Damascus pattern does not really exist in nature. It is mostly a freehand pattern and its expressions are ever-changing. Now we have a pattern similar to a shield, a diamond, an ellipse or a pagoda, which is called Damascus.

During the prosperous period of Roman culture, Damascus flowers were generally decorated in the royal court, the high-ranking aristocracy, symbolizing the atmosphere of an emperor. Up to now, the Damascus flower has been given a noble, luxurious and rich connotation, which is commonly used in the high-end, atmospheric European style.

The prototype of the Paisley pattern comes from vines grown in Southeast Asia and India, and its fruitful vortex shape forms the basic pattern. It symbolizes auspicious beauty, continuous, and has delicate and complex artistic features.5, group flowersAlso known as “Baoxianghua”, “rich flowers” is a traditional Chinese pattern, which can be seen in many courts and handed down costumes in China.

The group flower pattern is characterized by exquisite and meticulous, full and gorgeous art style. The shape is round and lumpy, composed of four seasons of flowers and plants, the structure is surrounded by radial or rotating or symmetrical. Its meaning is full of gold and jade, everything is prosperous, and the prosperity is rich.The above is a common pattern analysis in wallpaper.After reading it, you must have a deep memory of these patterns, especially the beautiful meaning of it is reluctant! No one will refuse to have a good thing, it will be perfect at home.